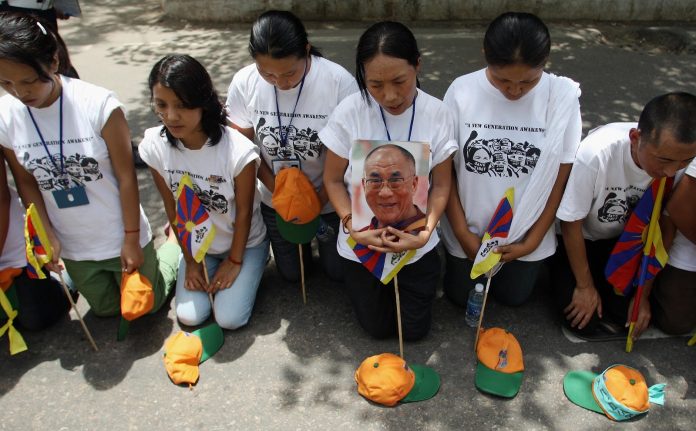 In his first phone call with a Chinese official, U.S. Secretary of State Antony Blinken reiterated that the United States is committed to standing up for democratic values and human rights in Tibet, Hong Kong, and Xinjiang.

“I made clear the US will defend our national interests, stand for our democratic values and hold Beijing accountable for its abuses of the international system… [Beijing will be held] accountable for its efforts to threaten stability in the Indo-Pacific, including across the Taiwan Strait and its undermining of the rules-based international system,” he said in a statement.

In return, Yang stated that the United States should respect China’s political systems and development paths. Also, Washington must “correct” the mistakes it has committed recently. He also asked the U.S. to stop getting involved in matters like Tibet, Hong Kong, and Xinjiang. Yang had earlier criticized the Trump administration’s “misguided policies” for straining the relationship between the two countries and warned Biden not to cross Beijing’s “red line.”

However, Biden recently made promises to be tough on China. During a speech, Biden communist China was America’s “most serious competitor.” He said that his administration had plans to counter the communist regime’s attack on IP, human rights, and global governance.

Blinken’s phone call comes after China stripped two Hong Kong lawyers’ licenses for the “crime” of representing pro-democracy activists. Both lawyers were representing members of the “Hong Kong 12.” The nickname refers to the 12 Hongkongers caught at sea in the Taiwan Strait in August while attempting to escape the city after the imposition of the National Security Law.

In a tweet on Jan. 6, Blinken criticized Beijing’s crackdown of pro-democracy demonstrators and affirmed that the Biden administration would stand alongside Hong Kong people.

In an interview with The Epoch Times, China expert Tang Jingyuan said that the communist regime uses soft and hard tactics to pressure the Biden administration. Communist China’s recent incursions into Taiwan’s airspace are hard tactics. In contrast, Yang’s speech is a soft approach, indicating that Beijing might allow some concessions provided Washington does not cross the CCP’s red lines.

Jingyuan believes that the Chinese regime’s ultimate aim is to push the U.S. to go back to its past policy of decoupling human rights and commerce.

A coalition of 180 rights groups has written an open letter to several governments, urging them to boycott the 2022 Beijing Winter Olympic games given the communist regime’s human rights abuses.

“It is unfortunate that history is repeating what happened 82 years ago with the Nazi Olympics in 1936… Hosting the Games in Berlin helped legitimize Hitler’s genocide against the Jewish people and bolstered the Nazi regime. Governments and the international community must boycott the Beijing 2022 Games and take a stand to uphold the values of democracy, freedom, and human rights,” said Dorjee Tseten of Students for a Free Tibet, one group that signed the open letter.