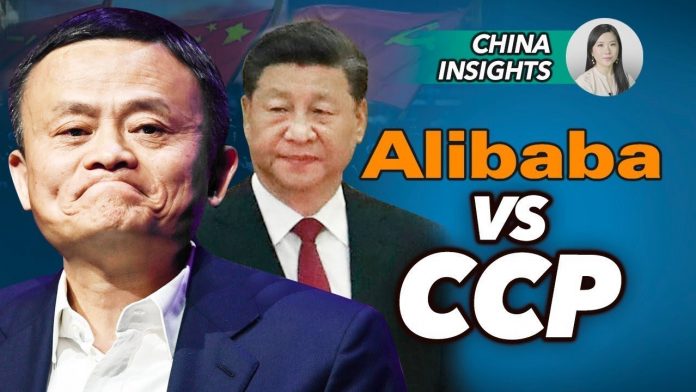 Three months ago, China’s wealthiest man suffered a setback so massive that it could only have been caused by China’s most powerful man.

Last November, Ant Group was supposed to launch its 34-billion dollar initial public offering on the Shanghai and Hong Kong stock markets. It was going to be the biggest IPO in history — until politics got in the way.

On Oct. 24, Jack Ma gave a speech in Shanghai, where he complained that the Chinese banking sector was suffering from a risk-averse “pawn shop mentality.” “Good innovations,” he said, “are not afraid of supervision, but they do fear outdated supervision.”

But on Nov. 3, two days before Ant Group was scheduled to go on the market, the Shanghai stock exchange cancelled the IPO. The official reason was “significant change” in the regulatory environment. But according to a later report by the Wall Street Journal, China’s leader Xi Jinping has long wanted to cut Jack Ma down to size. The Journal cited anonymous Chinese officials, who said that Jack Ma’s speech on Oct. 24 gave the government a convenient excuse to shut down the Ant Group offering.

There was an ominous sign the previous night: Xinhua, a Chinese Communist Party (CCP)-run media mouthpiece, posted a cryptic commentary on its official WeChat account, along with a painting by Japanese modern artist Kaii Higashiyama showing a horse-shaped cloud in the sky.

The commentary warned: “Don’t speak thoughtlessly, don’t do as you please, people can’t act on their free will.” And while Xinhua didn’t make any mention of Jack Ma, the meaning was rather clear, because Ma’s Chinese name, Ma Yun, literally means “Horse Cloud.”

Jack Ma and other business elites have been giving sharp criticism of the government’s financial policies for months, if not longer. In late 2020, real estate tycoon Ren Zhiqiang, who is nicknamed “the Cannon” for his outspokenness, was sentenced to 18 years in prison. His crime was to accuse Xi Jinping of being a “clown” playing emperor.

Under Xi Jinping, many Chinese businessmen have been put on trial for corruption, or simply vanished. Jack Ma also disappeared completely from public view after the failed Ant Group IPO. This led many to wonder if Ma had suffered the same fate.

One popular theory is that Jack Ma was taken down because his speech was interpreted as a personal insult. At the same event that Jack Ma spoke at, China’s vice president Wang Qishan also gave a speech, calling for greater regulation and oversight of the Chinese financial sector. Wang Qishan is a powerful ally and close friend of Xi Jinping, leading many to believe that he had a hand in Jack Ma’s punishment.

However, on Jan. 13, Wired Magazine cited sources close to Jack Ma as saying that he was laying low in the city of Hangzhou, keeping himself out of the spotlight and cooperating with the authorities while the regulators decided what to do about Ant. The chairman of a major Chinese private equity firm backed this up, saying that Jack Ma was “safe and sound.”

On January 20, Ma released a short video of himself speaking with a group of teachers in the island province of Hainan. He said he wasn’t able to see them in person because of pandemic restrictions, but his commitment to education was strong, and that he hoped to meet them in future.

According to China experts, Xi Jinping is certainly trying to de-risk the Chinese financial sector. At the same time, Alibaba and associated companies are both too powerful and too big to fail. This poses a special political problem for the Chinese Communist Party (CCP).

Years ago, Xi Jinping began tightening the Party’s control over the financial sector, which is notoriously overleveraged. At the same time, it was a move to brace for economic downturn and secure the CCP’s political power. The US-China trade war was just getting started, the US was toughening its stance on Beijing, and China had put trillions of dollars into the Belt and Road Project.

By taking the earnings of profitable private enterprises and implementing measures like the “dual circulation” program, the Communist Party began moving away from decades of capitalist markets and towards a more centralized economy under government control. This phenomenon is widely criticized as guo jin min tui (國進民退), or “state-run business expands at the expense of the private sector.”

Political risk consultancy SinoInsider reported in November that Beijing appeared to have put a halt to Ant Group’s IPO after realizing what a bad deal for the CCP it was. What’s happened is that Alibaba would make huge profits from its IPO, while also creating massive financial risks.

Ma’s company would “would profit immensely from the listings but leave the massive financial risks of its operations for Beijing to clean up. The CCP’s willingness to scrap a record IPO at the last minute over concerns of financial risks shows that in China, those risks are very high indeed,” SinoInsider’s analysis reads.

SinoInsider, which specializes in analysis of Chinese factional politics, dismissed the theory that Jack Ma’s punishment had something to do with Wang Qishan, the Chinese vice president. Instead, Ant Group was simply too big and powerful for the Party to leave alone.

There is a fundamental conflict of interest between the Chinese Communist Party and private business. The CCP is a Marxist-Leninist authoritarian regime. It seeks total dictatorship for the sake of its revolution. On the road to revolution, it may make capitalist reforms or even embrace some aspects of non-communist society. But the CCP has never given up socialist ideology and its goal of eliminating both private ownership and independent civil society.