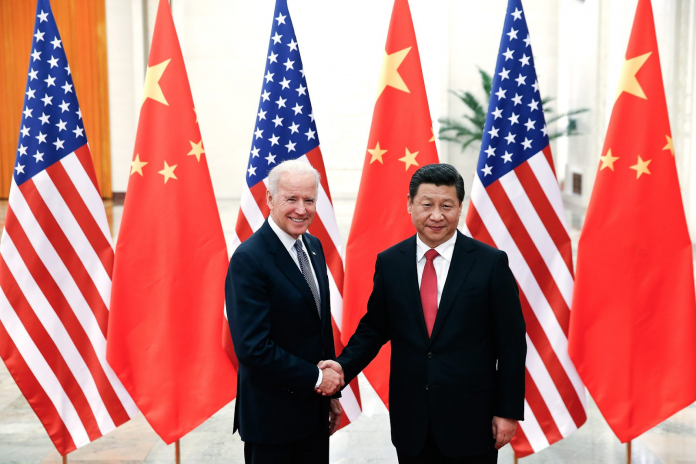 In December, the Trump administration had proposed a rule to the Department of Homeland Security (DHS) called “Establishing Requirement for Student and Exchange Visitor Program Certified Schools to Disclose Agreements with Confucius Institutes and Classrooms.” It aimed to protect the academic freedoms in American educational institutions against infiltration and communist censorship through Confucian Institutes.

According to this rule, K-12 schools and colleges that have received certification to host foreign exchange programs should reveal all financial ties with the Confucius Institutes and Confucius Classrooms. The rule also applies to any other groups, like student groups and cultural groups, directly or indirectly funded by the Chinese communist regime. The Biden administration apparently removed the rule on Jan. 26.

The Immigration and Customs Enforcement (ICE), a law enforcement agency under the DHS, confirmed that the rule was removed. However, it declined to provide further information on why it was done. The decision has received strong criticism from several Republicans like Representative Maria Elvira Salazar from Florida, Senator Marco Rubio from Florida, and Representative Michael McCaul from Texas.

On Feb. 11, State Department spokesman Ned Price clarified that the Trump administration had yet to implement the DHS rule because the Office of Management and Budget (OMB) “never completed its review of the draft rule during the Trump administration. It was stuck in OMB’s interagency review on Inauguration Day, as we understand it.”

Price said that the State Department’s classification of Confucius Institutes as “foreign missions” still stands. Meanwhile, the Biden administration would “treat Confucius Institutes as part of our overall approach of how best to respond to China’s use of information operations and other coercive and corrupting efforts to undermine and interfere in democracies. That’s something we will continue to do,” he told reporters.

McCaul said in a statement that “by quietly backing away from the proposed rule without consulting Congress, the Biden administration is sending a concerning signal about its scrutiny of CCP influence in academia, and telling academic institutions that they don’t need to be transparent about their ties to China’s regime.”

“It’s all the more disturbing because the education industry already fails to report billions of dollars of foreign gifts and contracts. I strongly urge the Biden Administration to stick to its promises to prioritize the CCP as our main national security challenge, including in the American education system.”

Republican John Joyce said that the administration should stand with the American people against the CCP rather than encourage communist propaganda in the country’s educational system. Republican Candice Pierucci from Utah recently introduced a resolution that seeks to protect the state’s higher education institutes from communist influence.

The resolution asks universities and colleges in the state to disclose contracts with Confucius Institutes and terminate them. Republican Elise Stefanik introduced an amendment to deny educational institutions that partner with CCP affiliates and Chinese entities from receiving relief under the proposed $1.9 trillion pandemic aid package.

“The Chinese Communist Party will do everything possible to steal our intellectual property and research, compromise our professors, and even recruit individuals on campus for espionage… We value our institutions of higher education as forums for open thought and expression and incubators for innovation and learning. The Chinese Communist Party sees them as the opposite: forums for communist brainwashing and censoring speech, and unfortunately a marketplace for intellectual theft,” Stefanik said at the Education and Labor Committee hearing. The Democrat-controlled committee voted the amendment down by a vote of 27-21.

There has been a growing call to use teachers from Taiwan or the overseas Chinese community, rather than mainland China, in Mandarin classes. William Brent Christensen, Taipei office director of the American Institute in Taiwan, said that this would help ensure that students learn the language in an environment free from coercion or censorship.

The former Secretary of State Mike Pompeo had said that Beijing funds the institutes to expand the communist regime’s influence internationally. He accused China of taking advantage of America’s openness to fund propaganda campaigns in the country.