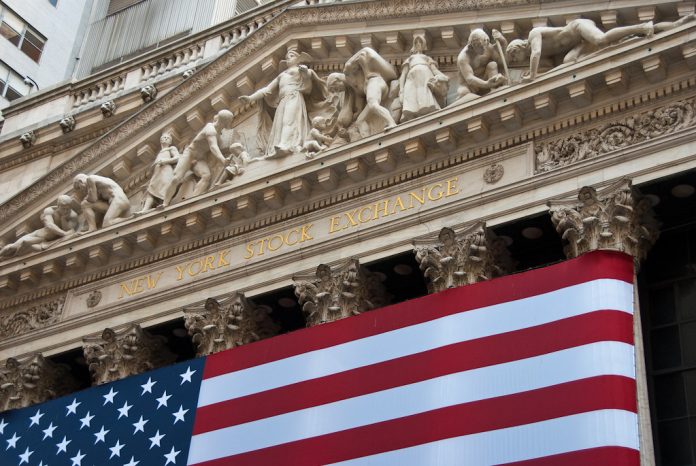 New Yorker’s are familiar with state transfer taxes in the context of buying and selling co-op apartments that sell shares in units rather than the actual apartments but what a lot of New Yorker’s might not remember are the transfer taxes related to stock transactions. Decades ago the state imposed a levy on sales of stocks, certificates of deposit, and certificates of interest ranging from 1.25 cents per share to 5 cents a share.

The tax was done away with, but state lawmakers are interested in reinstating the tax to fill a budget shortfall in the wake of the current financial downturn. Stock transfer taxes are still calculated and collected but immediately refunded. Wall Street exchanges are not in agreement with Albany lawmakers and are ready to push back against the tax proposal or leave the state.

In a Wall Street Journal op-ed column published on Feb. 9, NYSE President Stacey Cunningham wrote her opposition against the proposed New York State Transfer Tax on stock sales, “The New York Stock Exchange belongs in New York. If Albany lawmakers get their way, however, the center of the global financial industry may need to find a new home,” she said.

Cunningham was joined by 25 other individuals representing the New York securities industry in a letter to Albany lawmakers warning them of the fallout of implementing the transfer tax. State lawmakers are looking to fill a budget deficit that has ballooned from lost tax revenue resulting from the pandemic. Although Democratic state lawmakers are pushing for the tax, Governor Andrew Cuomo has said he is not in favor of imposing a stock transfer tax to fill a budget deficit.

There is relative ease to move the exchange away from New York, as people do not have to be physically present at an exchange to make trades as they once did before technology made stock transfers electronically. In response to the proposed tax in New York, Florida CFO, Jimmy Patronis, has offered his state to be the new home for the NYSE, citing “lower taxes, fiscal health and low crime rate” in addition to being in the same timezone as New York. Texas Governor Greg Abbot has proposed a ban on financial transaction taxes, which would create a favorable business environment in the event exchanges decide to relocate their operations.

The transfer tax proposal comes after New Jersey also tried to implement a transaction tax late last year, prompting exchanges to temporarily move their servers and employees out of state to circumvent the potential levy. Nasdaq was one of multiple exchanges exploring the city of Austin as a potential new location when they met with Texas Governor Greg Abbot back in November.

A transfer tax on stock transactions is not a new concept in American history and has been implemented periodically throughout history. A transfer tax had been in place during the Civil War and Spanish-American War and most recently was levied in 1914, lasting until October 1981. Today, the tax is still collected, but is immediately refunded back to investors.

The theory of the tax was to raise revenue, curb speculation, and encourage shareholders to hold their securities for longer time frames, as investors would be less likely to conduct high frequency trading based on pure conjecture. After 1981, the idea of reimplementing the tax was brought up to close deficits in city and state budgets, but never came to fruition. The idea of taxing stock sales is very appealing to governments, as $15 billion was collected and returned to investors in 2010.

Even though other states will welcome exchanges to their business friendly environments, advocates of the tax believe the NYSE and other New York based exchanges will not relocate, as there are few alternatives to physically moving all operations to another location or delisting and listing on other exchange platforms. Other exchanges, such as the London Stock Exchange (LSE) have transfer taxes applied to stock transactions and continue to operate successfully.  The LSE has had transfer taxes on transactions since 1694. Sweden and Germany, on the other hand, had to repeal their transfer taxes after a significant decline in trading volumes after implementation during the 1980s and 1990s.

Talks of implementing a transfer tax were started during the summer by progressive leaders in Albany, as New York faces an $8 billion dollar deficit for the current fiscal year, which balloons to a projected $12 to $15 billion in the upcoming fiscal year. Some lawmakers believe the proposed tax will bring in as much as $13 billion in revenue even though the state tax department is only calculating $4 billion.

The Citizens Budget Commission’s (CBC) alternatives to reduce the deficit include, “using the state’s rainy day funds, selling assets like golf courses, reducing aid to wealthy school districts, and financing critical capital investments like maintaining roads and bridges with debt instead of tax revenues.”  The CBC says “Capital projects are an appropriate use of debt because the assets created will be used by future generations.” The projected deficit numbers and various proposals to meet the shortfalls come as the state has secured $50 billion as part of the announced Biden administration $1.9 trillion dollar relief package.