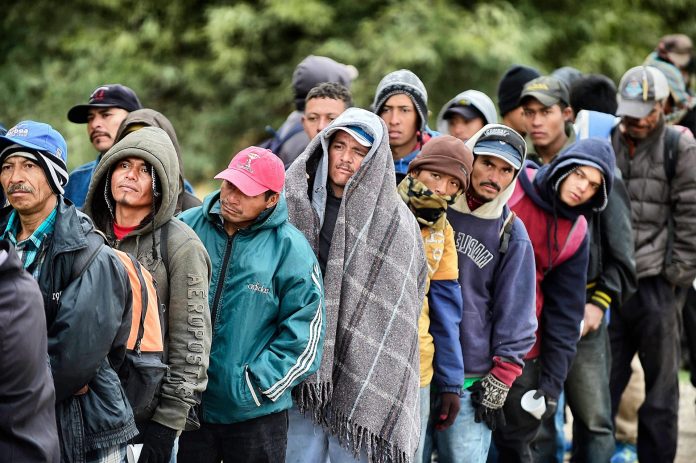 Mendoza is extremely shocked by Biden’s border policies. It’s something that she warns will “absolutely” create more “angel families.” Mendoza compares Biden’s policy of opening up American borders to creating a “super-highway” for illegal immigrants.

Mendoza thinks that the Biden administration’s efforts to cut back on border security measures will undo all that Donald Trump did while in office. During the Trump administration, the Victims of Immigration Crime Engagement (VOICE) office within the Department of Homeland Security was opened up, making sure people like Mendoza would be heard.

“I really feel that it’s a quick push without real thought going into what the end results are going to be to this country… We already have a record amount of Americans out of work right now… President Trump actually took the time to listen to us. He knew what changes had to be made to make our country safe… [With Biden, it’s] almost like 5 1/2 years of my work is just being completely shredded, and I feel like I’m starting all over again,” she told The Epoch Times.

Mendoza feels that it is hypocritical that Congress members built a fence around the Capitol as they are afraid of outsiders and then block the border wall’s construction as if ordinary Americans’ fears don’t matter.

Driving under the influence is common among illegal immigrants

According to data from the Immigration and Customs Enforcement (ICE), the department removed 185,884 illegal immigrants in fiscal 2020, of which 92 percent of them either had pending criminal charges or were criminally convicted. The most common conviction (at over 55,000 people) was the charge of driving under the influence (DUI).

Mendoza also points out that the flooding of illegal immigrants will result in the displacement of American workers. Migrants usually work for lower wages, which businesses will exploit. Her prediction is already coming to fruition as various companies are on the look-out for lower-wage immigrant workers and even encourage the government to bring in more such people.

In a Feb. 3 post, Zippy Duvall, the president of the American Farm Bureau Federation, wrote that more ‘guest workers’ are needed in the agriculture industry. Guest workers refer to people who enter America under the H-2A program which the Democrats are more than willing to expand.

“U.S. agriculture needs a flexible guest-worker program that allows contract and at-will employment options that work for both seasonal and year-round needs on the farm. We also need to make sure wage requirements take into account the economic conditions of the agriculture industry and enable farms to remain viable.

The American Farm Bureau is ready to work with the Administration and Congress to bring these long-overdue reforms to our guest worker program to help provide long-term security to our employees, farm businesses and the rural economy,” Duvall wrote in the article.