Home US Family Sues Robinhood for Son’s Suicide
US 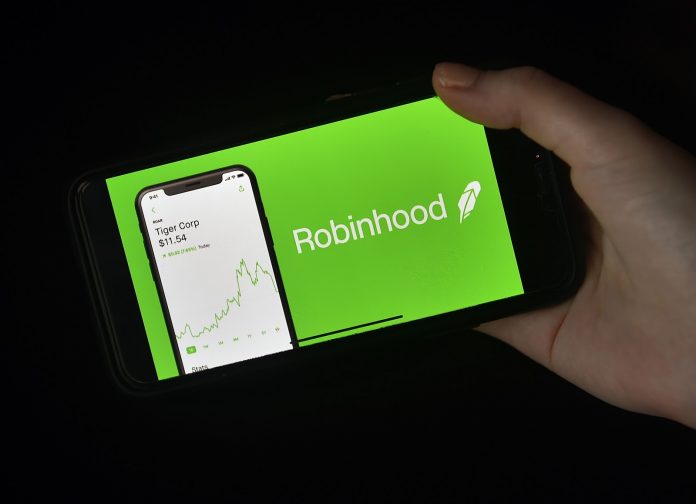 Alex Kearns was only 20 years old when he took his life last June, thinking that the $5,000 he invested in the market had turned into a massive debt of $730,000. The family of the college student has now sued the stock trading app Robinhood for wrongful death.

Kearns died on June 12, 2020 by throwing himself in front of an oncoming freight train.

“This case centers on Robinhood’s aggressive tactics and strategy to lure inexperienced and unsophisticated investors, including Alex, to take big risks with the lure of tantalizing profits… Robinhood’s aggressive ploys to attract young customers, combined with its flagrant disregard for its duty of care to its customers, creates a time bomb that was destined to lead to the type of tragedy that happened to Alex,” the complaint said.

Benjamin Blakeman, an attorney for the Kearns family, said that Alex was possibly given wrong information that his trading balance was negative, and he owed $730,000 to the company. His account was restricted on June 11, and Robinhood sent him a message to immediately pay $170,000.

No answer from Robinhood

Alex panicked and thought he had ruined his life. He tried to contact Robinhood’s management several times but to no avail. He could not understand how he had racked up such massive losses. Receiving no response from the company, in utter desperation, Alex took his life the next day. The unfortunate part is that the negative balance of $730,000 likely appeared in his account temporarily due to a partial trade. He had an investing value of $16,716 in his account, indicating that his account was still positive.

Alex’s parents note that if their son had received adequate support and reassurance from the company, he would still be alive. The company claims that they sent an automated email notifying him that he did not owe any money. But by that time, Alex was already dead.

After his death, Alex’s cousin-in-law Bill Brewster shared the heartbreaking story on Twitter, hoping to use it as a warning to educate the public about the potential pitfalls of trading.

Launched in 2013, Robinhood has quickly ballooned up to be a popular trading platform thanks to its commission-free service. The company has 13 million users with a median age of 31. In 2020, over 650 complaints were filed against Robinhood at the Federal Trade Commission.

Robinhood is also currently embroiled in a controversy linked to the trading of GameStop shares. In late January, Texas Attorney General Ken Paxton issued Civil Investigative Demands to several trading platforms, including Robinhood. These platforms had placed restrictions on trading the shares of GameStop.

In a statement, Paxton says that the restriction limited public access to the free market and “stinks of corruption.” He believes that there was close coordination between trading platforms, hedge funds, and web servers to counter other parties’ trading activity.

Dave Portnoy, president of digital media company Barstool Sports, lashed out at Robinhood for restricting the trades of GameStop. He said the behavior was flat-out criminal.

He said in an interview with Fox News:

“They intentionally cratered a bunch of stocks … by not letting people buy it — only selling it… There was only one outcome — crater the stock. They basically stole money from their own clients. They knew that was going to happen to help the hedge funds basically cover. Is there proof of that? If they do the investigation right, I’m sure there will be.”