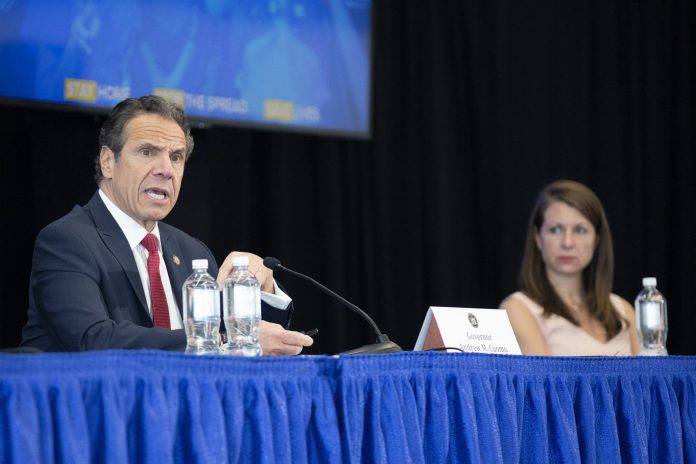 Melissa DeRosa, Secretary of New York Governor Andrew Cuomo, has admitted that her team withheld actual coronavirus death numbers in the state’s nursing homes in a bid to protect the government from political scrutiny and a potential federal investigation.

DeRosa apologized to Democrat state legislators for the political damage her team’s actions have caused. During the Trump administration, the president had highlighted New York’s nursing home COVID-19 deaths. Fearful that such scrutiny might eventually be the end of their governance, Cuomo’s team decided to hide the actual data regarding nursing home deaths.

The issue came to attention in January when state Attorney General Letitia James released a report claiming that the actual coronavirus death numbers would be around 50 percent higher if hospitals’ deaths were included. The number of nursing home resident deaths acknowledged initially by the state’s Department of Health was 8,711.

This figure only includes deaths that occurred within nursing homes. When Health Commissioner Howard Zucker included the deaths of nursing home residents who died in hospitals, the combined total came to 12,743 as of Jan. 19, nearly 50 percent higher as estimated by Letitia. What’s more, when the number of deaths from adult care/assisted living facilities are added, the death toll further climbed to 15,049.

Following DeRosa’s admission of covering up COVID-19 deaths, a group of Democrat state senators is demanding that Cuomo be immediately stripped of his authority to deal with the pandemic.

Lawmakers said in a statement.

“While COVID-19 has tested the limits of our people and state — and, early during the pandemic, required the government to restructure decision making to render rapid, necessary public health judgments. It’s clear that the expanded emergency powers granted to the Governor are no longer appropriate. While the executive’s authority to issue directives is due to expire on April 30, we urge the Senate to advance and adopt a repeal as expeditiously as possible.”

The revelations come on the back of reports that Cuomo had ordered over 9,000 recovering coronavirus patients into long-term care facilities and nursing homes last year, which is thousands more than what the administration has reported.

For much of last year, Cuomo was projected as a leader in America’s fight against the coronavirus pandemic. He wrote a book called ‘American Crisis: Leadership Lessons from the COVID-19 Pandemic,’ the description of which states that Cuomo “undertook the impossible” and was “relentless in his pursuit of scientific facts and data.”

Meanwhile, DeRosa has been appointed as Biden’s adviser for COVID-19, which Republican Nicole Malliotakis finds shocking given her involvement in covering up the nursing home resident deaths. Malliotakis has written a letter to Biden, asking that he address the issue.

Malliotakis said in an interview with Breitbart:

“That’s the other letter I issued yesterday to the Biden administration saying that, look, you can’t have somebody who you know admitted to knowing of a cover-up and possibly participated — most likely participated in that cover-up — advising your administration on COVID policy. You can’t have somebody who took part in that decision — to issue the executive order that led to 15,000 deaths in nursing homes — to advise your administration on COVID if you want to be taken seriously.”

A Director for the National institute of Health (NIH) says officials are investigating more than 500 “scientists of concern” working on federally funded research...
Read more
Tech