Home US ‘Democracy is Fragile,’ Says Biden After Trump’s Acquittal
US 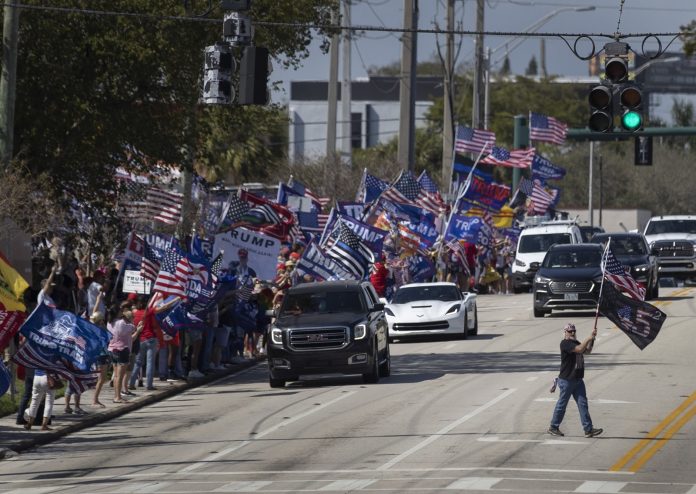 Donald Trump was recently acquitted in his second impeachment trial by the Senate.

President Biden believes it’s a reminder of the fragility of democracy. The Senate had voted 57-43 against Trump. A conviction required 67 votes.

Trump was impeached for a second time, though again not convicted, for a speech he made on Jan. 6. His adversaries say he incited the breach of the Capitol building. Even though the prosecutors decided not to call witnesses, Biden said Trump’s acquittal does not prove innocence.

“This sad chapter in our history has reminded us that democracy is fragile. That it must always be defended. That we must be ever vigilant. That violence and extremism has no place in America… And that each of us has a duty and responsibility as Americans, and especially as leaders, to defend the truth and to defeat the lies… Even those opposed to the conviction, like Senate Minority Leader McConnell, believe Donald Trump was guilty of a ‘disgraceful dereliction of duty’ and ‘practically and morally responsible for provoking’ the violence unleashed on the Capitol,” Biden said in a statement.

Graham explained that McConnell’s speech only represented the view of a small group of Republicans. A recent survey conducted by CNBC supports Graham’s claim. The survey taken between Feb. 2 and 7 before the impeachment proceedings found that 74 percent of Republicans want Trump to remain active in the party; 48 percent suggested that he lead the GOP.

However, McConnell is going in the opposite direction. In an interview with Politico, the Senate Minority Leader suggested that he will intervene in the 2022 primaries to block pro-Trump candidates from getting nominated.

McConnell argues that such members of the party are loyal to Trump and appeal to the Republican base. But their views would alienate much of the broader public support for the party. His analysis seems to align with the CNBC survey, which found 54 percent of everyday Americans want Trump to “remove himself from politics entirely.”

“My goal is, in every way possible, to have nominees representing the Republican Party who can win in November… Some of them may be people the former president likes. Some of them may not be. The only thing I care about is electability… I’m not predicting the president would support people who couldn’t win. But I do think electability — not who supports who — is the critical point,” McConnell said in the interview.

Trump expressed gratitude to his supporters after the acquittal

In a statement, the former president also accused Democrats of giving themselves a free pass to denigrate the rule of law, excuse rioters, cheer mobs, and suppress all viewpoints that they disagree with.

He also criticized the Democratic Party for using the concept of justice as a tool of political vengeance. Trump promised to be “a champion for the unwavering rule of law” and protect the right of Americans to conduct debates without hate or malice peacefully.

Previous articleTrump to ‘Move On’ After Impeachment, Senator Graham
Next articleBiden Calls Congress to Impose Restrictions on Gun Ownership