Home US Alarming Mutations in Novel NYC Coronavirus Variant
US 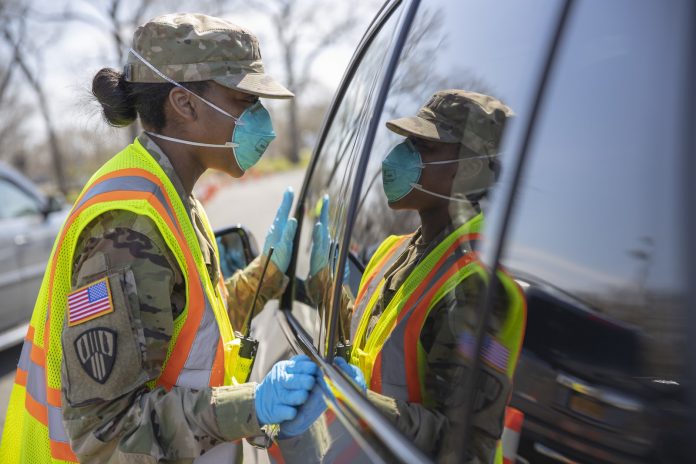 The novel B.1.526 variant is spreading rapidly in New York, a Coronavirus Disease 2019 (COVID-19) hotspot in the United States since last year. Two not yet peer-reviewed studies from Columbia University and Caltech warn that this mutant may be associated with increased COVID-19 hospitalizations and less susceptibility to current COVID-19 vaccines.

Immunologist Michel Nussenzweig from Rockefeller University told The New York Times that this variant was even more worrisome than the rapidly spreading B.1.427/B.1.429 variant detected in California. Infectious diseases researcher and physician at UCSF, Dr. Charles Chiu, predicted that the homegrown California strain could account for 90% of the state’s infections by the end of the month.

According to Newsweek, the B.1.526 variant was first detected in New York back in Nov. 2020, and is now the third known variant of SARS-CoV-2 in the state, joining the UK and South African variants.

“We see cases in Westchester, in the Bronx and Queens, the lower part of Manhattan and in Brooklyn,” Director of the Aaron Diamond AIDS Research Center at Columbia University Dr. David Ho told The New York Times. “So it seems to be widespread. It’s not a single outbreak.”

Dr. Ho was a co-author of a preprint Columbia study published on Feb. 25 on medRxiv, which explains that spike protein mutations in the SARS-CoV-2 variants such as E484K are concerning  because the “efficacy of current vaccines and therapeutic monoclonal antibodies could be threatened.” E484K is a key mutation because in two vaccine trials, “lower protective efficacy in South Africa” was reported.

The researchers from Columbia surveyed for novel variants in New York City by first using PCR assays specifically designed to detect mutations E484K and N501Y. Detection rates of these mutations gradually increased from late December to mid-February, with a sudden 12.3 percent spike in the past two weeks. Whole genome sequencing revealed that 49 out of 65 E484K isolates were from a single lineage, which then led researchers to discover the novel B.1.526 variant.

Patients carrying this new variant were characterized as older, more frequently hospitalized individuals from “diverse neighborhoods in the metropolitan area.” Additional analyses revealed that B.1.526 was also found scattered in the Northeast U.S. The authors concluded that due to the presence of the E484K mutation, B.1.526 “could threaten the efficacy of current antibody therapies and vaccines.”

Similarly, scientists at the California Institute of Technology (Caltech) discovered B.1.526 by using a software tool they developed called the Variant Database (VDB) to scan for spike mutations among viral genetic sequences in the Global Initiative on Sharing Avian Influenza Data (GISAID) database. Anthony West, a Caltech computational biologist and co-author of the paper, said that “There was a pattern that was recurring, and a group of isolates concentrated in the New York region that I hadn’t seen.”

Of these mutations, the two main branches of the lineage were E484K and S477N, both located within the receptor-binding domain (RBD) of the spike protein. E484K is known to “attenuate neutralization of multiple anti-SARS-CoV-2 antibodies.” In other words, the mutation blunts the effect of protective antibodies produced by the body’s immune system in response to infection or vaccines.

S477N has been identified in other variants and is thought to enhance viral infectivity by affecting how tightly the SARS-CoV-2 virus binds to Angiotensin-converting enzyme 2 (ACE2) proteins, a process that is necessary for the virus to enter and infect human cells. ACE2 proteins are found in the heart, kidneys, liver, digestive tract, and blood vessels, which is why these organs are commonly affected in COVID-19 patients.

“Given the involvement of E484K or S477N, combined with the fact that the New York region has a lot of standing immunity from the spring wave, this is definitely one to watch,” said virologist Kristian Andersen from the Scripps Research Institute in San Diego.