At Least 50 Percent of Chinese Citizens Reluctant to get COVID-19 Vaccination, Surveys Show 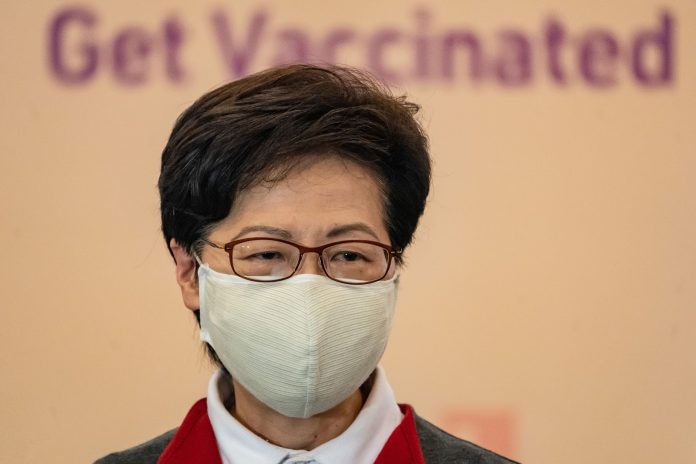 If recent surveys prove to be accurate predictors of what vaccination roll-outs will look like in China, then less than half of China’s population will be getting the jab. Mistrust in the government and confidence in lock-down measures may be shaping the downward trend in vaccine acceptance.

Similarly, in Shanghai last month, a survey of 1.8 million people revealed that only half said they would get vaccinated. This would leave China far below the 70-80 percent rate that most experts predict will lead to herd immunity.

According to the Shanghai survey, both highly educated people and medical workers had low willingness to get vaccinated, with many people having concerns about the potential side effects. A study from the University of Hong Kong found that around 40 percent of people would be willing to take the vaccine. They suggested that “information about the vaccines, especially their efficacy and side-effects, should be made as transparent as possible, as uncertainty and low trust [in] the authority were prominent factors against timely vaccine uptake.”

In a recent attempt to counter the low approval of vaccinations, Hong Kong Chief Executive Carrie Lam and other government officials publicly got the jab in hopes of influencing more people to do the same.

Back in December, the World Economic Forum (WEF) conducted surveys around the world and found that contrary to the recent surveys just mentioned, “vaccination intent is highest in China, where 80% of respondents strongly or somewhat agreed with the statement ‘if a vaccine for COVID-19 were available, I would get it.’”

When the pandemic first caused global panic and shutdowns last spring, a survey done by a hospital in Kunming found that over 95 percent of people were willing to get a vaccine. It could indicate that, aside from uncertainty, China’s increased hesitancy to get the vaccine may also be due to its successful effort to contain the virus through strict lock-downs and restrictions.

“People have adopted a wait-and-see attitude. That is probably the major hurdle for China to speed up the vaccination rate and achieve herd immunity,” said Huang Yanzhong, a senior fellow for global health at the US think tank the Council on Foreign Relations.

Scandals have emerged in China with people trying to sell fake vaccines. Chinese police have detained around 80 people and seized 3,000 counterfeit vaccines. Syringes filled with saline solutions were being passed off and sold as the real deal. The BBC reported that a Chinese man identified as “Kong” had been arrested for being the leader of a multi-million-dollar scam that passed off the saline solution and mineral water as vaccines. Criminals rolled out fake vaccination programs with “village doctors” injecting people with imitation vaccines in their homes and cars.

Meanwhile, according to NPR, “China is exporting about 400 million vaccine doses to other countries. About 85 percent of Chinese citizens could theoretically get a coronavirus vaccine by the end of this year if every dose made was administered in China.” Indonesia is set to receive 125 million doses from Sinovac and 60 million doses from Sinopharm. Millions of doses were also sent to Pakistan and other countries in need that China wants to build closer relations with.

A former professor living in Ohio has been sentenced to 37 months in federal prison for appropriating federal research grants to aid China’s scientific...
Read more
China