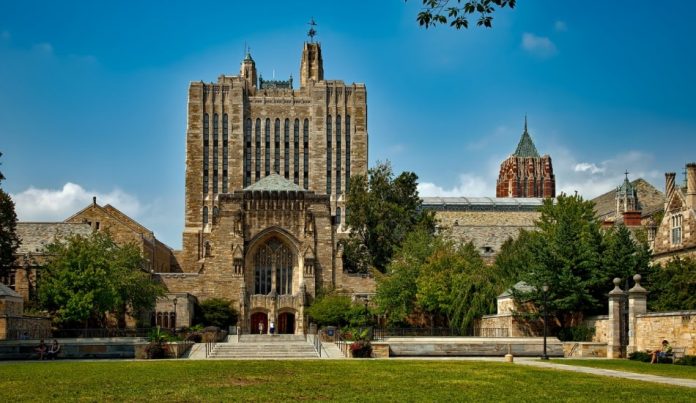 The lawsuit against Yale states that the U.S. government had notified the university that it violated Title VI by discriminating against potential applicants in their undergraduate programs by race and nation of origin. The university receives federal financial assistance, including $630 million in annual grants from the Department of Health and Human Services.

Under the Trump administration, a probe conducted by the Department of Justice had revealed that Yale does discriminate against Asian and White applicants. The DoJ had also filed a lawsuit against the university. However, the suit was dropped once Biden came into power. Swan Lee, a co-founder of the group that filed the complaint, accused the Biden administration of being racist and pointed out that dropping the lawsuit will only continue discrimination against Asian Americans.

The SFFA had filed a lawsuit against Harvard in 2014, stating that the university gives unfair preference to Latino, Black, and White applicants at the expense of Asian applicants. The organization is now appealing this case in the Supreme Court.

“Harvard’s pursuit of skin-color diversity cannot justify discrimination directed against Asian-Americans or anyone else. Most Americans think it is wrong for individuals to be defined by their race… Racial classifications and preferences in college admissions balkanizes and tribalizes campus life for students and faculty,” Blum said in a statement.

The Supreme Court currently has a 6-3 conservative majority, which could play to SFFA’s advantage when it takes up the case in spring. Three appointees at the court are people put in place by Trump.

The lead attorney for the appeal is William Consovoy, who represented Trump to shield tax returns from the Manhattan district.

Boston Public Schools (BPS) has decided to halt a selective program for pupils in grades four through six due to racial considerations. The selected group, consisting of high-performing students, is said to lack ‘racial diversity’ since more than 70 percent in the program are identified as White or Asian, even though they only account for roughly 24 percent of the school population.

In contrast, 71 percent of Black and Latino students only accounted for 30 percent of the youths in the program. Superintendent Brenda Cassellius recommended a one-year pause of the program.

“There’s been a lot of inequities that have been brought to the light in the pandemic that we have to address… There’s a lot of work we have to do in the district to be anti-racist and have policies where all of our students have a fair shot at an equitable and excellent education,” Cassellius told GBH News.