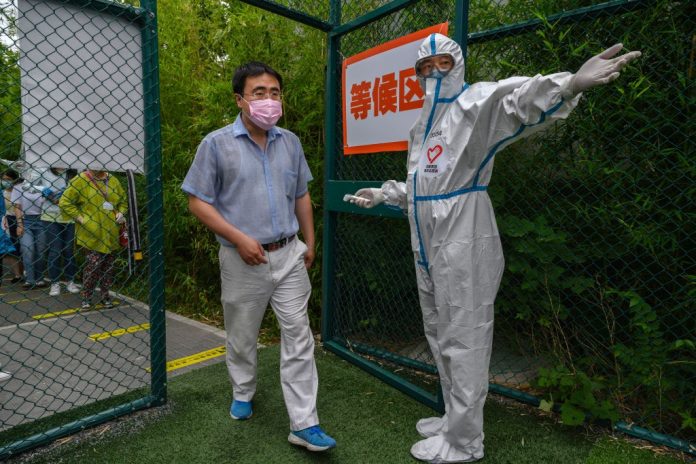 In some parts of China, the test has been deemed mandatory for incoming travelers.

“The State Department never agreed to this kind of testing and protested directly to the Ministry of Foreign Affairs when we learned that some staff were subject to it… We have instructed staff to decline this test if it is asked of them, as was done in the past,” the spokesperson told VICE. The spokesperson added that the department would take all steps necessary to protect diplomats’ dignity and their families as laid out in the Vienna Convention.

Almost all online reactions point to the test being humiliating and awkward. One woman admitted to having a mental breakdown. Another person said that he felt a “sense of shame,” but other than that, it wasn’t too uncomfortable.

“Viruses themselves do not produce odors. When the virus has infected our cells, this can have a knock-on effect on various systems within the body, which results in odors being released through our skin and breath. So there was a really strong likelihood that coronavirus would produce a distinct odor as well,” James Logan, who has been working in disease control for two decades, told The Guardian.

Another unique method is to sniff coffee. One of the CCP virus’s most prominent symptoms is anosmia, or a diminished taste and loss of smell. Coffee has a distinct, robust flavor and smell, making it an excellent test item. Being unable to smell the aroma of coffee could indicate potential infection.

Previous articleTom Cotton: How to Beat China and Win the Economic War
Next articleWhite House to Charge Reporters $170 Daily for COVID-19 Tests