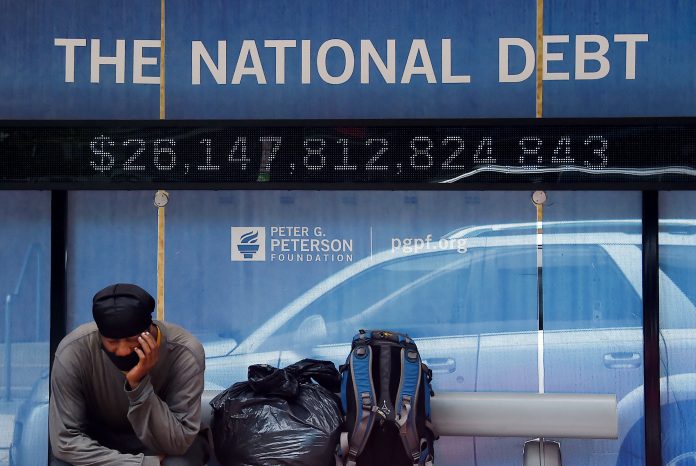 The United States Senate passed the Biden administration’s $1.9 trillion American Rescue Plan Act of 2021 on March 6. The vote was along partisan lines and passed by a 50-49 margin. Republican Senator Dan Sullivan of Alaska was the only absentee. Sullivan announced he had to return to his home state on Friday to attend a family funeral.

“Senator Sullivan intended to vote against final passage of the bill and made his opposition clear in a statement on Thursday, after his vote against the motion to proceed with consideration of the bill,” said Nate Adams, a spokesperson, in an interview with The Hill.

Sullivan’s absence resulted in Vice President Kamala Harris not being required to provide her Democrat Party with the deciding vote in a 50-50 deadlock as President of the Senate.

No ‘unity’ in the American Rescue Plan

The Act passed the House in February by a vote of 219-212. All Republicans and two Democrats voted against the bill, which has been widely decried by both House and Senate Republicans for allocating only a small fraction of the $1.9 trillion to be spent on measures for the SARS-CoV-2 pandemic, despite claims the Act is a “coronavirus relief” bill.

Senators debated the bill extensively in a 24-hour long session, which ran through Friday night. Amendments were limited to a removal of the $15 minimum wage increase, reducing the bump on unemployment benefits from $400 to $300 per week, and extending the date for additional unemployment payments to Sept. 6.

Similar to the vote in the House, all but three Republican amendments to the Act failed in the Senate. Successful Republican amendments included the reduction of the unemployment increase to $300, a date change to the modification of revenue requirements for educational institutions, and an activation of $800 million from the Elementary and Secondary School Emergency Relief Fund to give to entities related to helping youth made homeless during the pandemic.

Senator Lindsey Graham (R-SC) called the Act “an opportunity to appropriate money for their liberal wish list using COVID as the reason.”

Republican amendments that were defeated by the Democrat majority in the Senate included measures for investigating transparency and investigations into nursing home deaths during the pandemic, a requirement for schools to be open a minimum of half the time for half of their students in order to qualify for pandemic relief money from the Act, a modification to a funding formula Republicans said was disproportionately generous to Democrat states, and a revival of the Keystone XL pipeline.

Minority Leader Mitch McConnell (R-KY) said “The whole idea behind this, I gather from listening to them over the last few weeks, was to use the crisis to jam through what the White House chief of staff called ‘the most progressive domestic legislation in a generation.’ A little tougher than they thought it was going to be, isn’t it? It turns out to be a little bit tougher,” to The Hill.

During negotiations, the $15 minimum wage increase was stripped out by the Senate Parliamentarian, who declared that according to rules the increase could not be included in the Act because Democrats were pushing the bill through using the budget reconciliation process, as they did not have Republican support to proceed. Sen. Bernie Sanders (I-VT) attempted to force a vote to include it, but because of the Parliamentarian’s ruling, was subject to the 60 vote minimum required under the Filibuster agreement.

Sanders told reporters after the long session “If any Senator believes this is the last time they will cast a vote on whether or not to give a raise to 32 million Americans, they are sorely mistaken.”

The Act will be returned to the House of Representatives early next week before being passed to President Joe Biden for final signing.