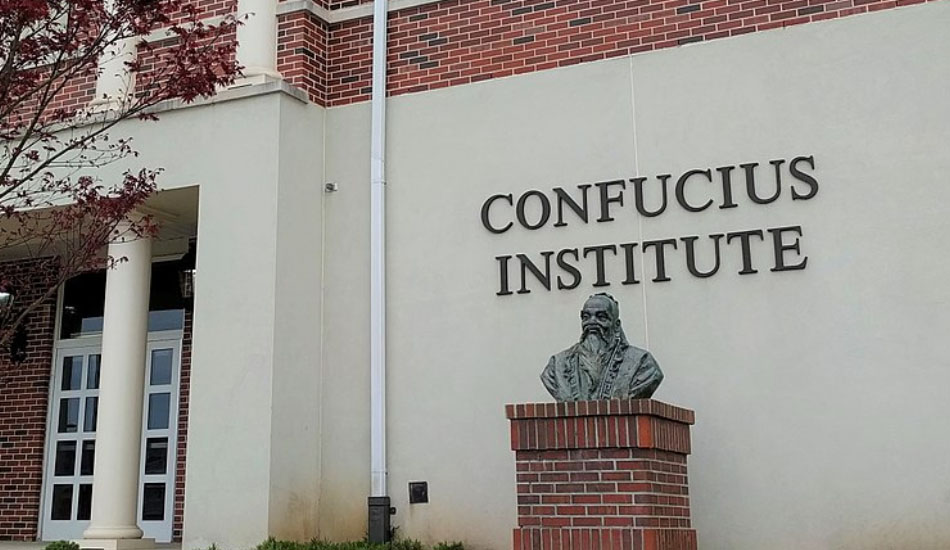 Lawmakers in Utah have presented a joint resolution to shut down all Confucius Institutes active in the state’s universities and colleges.

Introduced by Republican Representative Candice Pierucci, the resolution argues that their closure is necessary to fend off Beijing’s influence in the state’s education system.

“It is essential that students in Utah’s higher education system have access to language and cultural offerings free from manipulation of the Chinese Communist Party and its proxies… Confucius Institutes are staffed in part with visiting teachers from China and are partially funded by the People’s Republic of China government, under guidance from the Chinese Communist Party’s United Front Work Department,” the resolution states.

Since 2014, 45 American universities from 30 different states have closed Confucius Institutes. In Utah, two universities currently house these centers – Southern Utah University and the University of Utah.

The resolution highlights the fact that the U.S. Department of State had designated the Confucius Institute United States Center as a foreign mission last year that delivers Beijing’s “multifaceted propaganda.”

Last month, a group of Republican senators urged President Biden to mandate American academic institutions to disclose their financial ties with Confucius Institutes. The senators argued that their oversight of the institutes has raised serious concerns about academic freedom and the Chinese Communist Party’s long-term goal to influence American elites through the education system.

Washington has not responded positively to the request. The Trump administration proposed the rule and submitted it to the Department of Homeland Security last December. However, Biden quietly withdrew the policy within his first week of office.

Republican Michael McCaul criticized the administration for rescinding the proposition without consulting Congress. He stated that the education industry is already hiding billions of dollars’ worth of contracts and gifts received from various sources.

Biden’s CIA Director William Burns, who the U.S. Senate Intelligence Committee recently approved, is highly suspicious of Confucius Institutes. At his confirmation hearing, Burns said that if he were the president of a university or college with a Confucius Institute on campus, he would shut it down.

The University of Kentucky has announced that it is shutting down the Confucius Institute on its campuses effective immediately due to the ongoing tensions between the U.S. and China.

President Eli Capilouto sent an email to campus members. It informed them that the closure was triggered by federal regulatory concerns about the university’s eligibility to receive the Defense Department’s funds.

Nine colleges in the university had received $50 million in the past five years for various projects. If the university continues to host Confucius Institutes, funding from the Department of Defense would be blocked. University spokesperson Jay Blanton said that no decision had been made as to what to do with the building space once the institute vacates the campus.

“We didn’t make this decision lightly. Our international partnerships — now and in the future — are critical to who we are as an institution with global reach and aspirations… Yet, we cannot allow the crosscurrents of federal policy and geopolitics – important issues in their own right — to jeopardize our research and service efforts,” President Capilouto said in the email.