Home US On the Border: Texas Sends 500 National Guards to Fight Illegal Activities
US 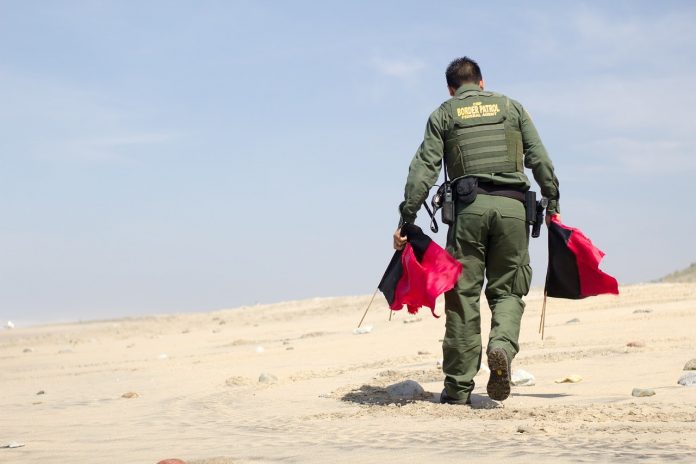 Texas Governor Greg Abbott has announced that he will be deploying 500 members of the National Guard on the southern border to control the rise in illegal activities triggered by President Biden’s lax immigration policy.

Criminal groups are increasingly smuggling people into Texas from Mexico. There is also an uptick in the smuggling of drugs.

In 2020, the Border Patrol had caught approximately 90,000 people attempting to enter America through the Rio Grande Valley, a region notorious for human smuggling. But a few months into 2021, the number of apprehensions has exceeded 108,000, signaling that a massive influx of migrants is underway in Texas.

The 500 National Guards will be deployed as part of a mission dubbed Operation Lone Star. It will be funded from the $800 million that the state legislature sets aside each session for border security.

“If you are a caravan or you’re a cartel, you better take your activities to some other place because they will not be accepted in Texas,” Abbott said in a news conference.

Maj. Gen. Tracy Norris, Texas adjutant general and commander of the Texas Military Department confirmed the National Guard troops’ deployment along the United States-Mexico border. The 500 members are receiving training to support the Department of Public Safety in observation posts.

The Guard has placed planners within the Department and begun training officers who will eventually be deployed on the border. Almost 100 of these soldiers have already served in similar border missions back in 2020.

Abbott has been highly critical of Biden’s immigration policies. At a recent news conference, the Texas governor accused the president of not caring about Americans and only worrying about people “who are not from this country.” After assuming power, Biden has reversed several of Trump’s policies that had kept border migrations under control.

For example, ‘Remain in Mexico’ was a program that kept people seeking asylum in the United States in Mexico until the court granted them dates to hear their case. Biden has scrapped the program, but the administration apparently has no idea what to do with the 65,000 people already part of the program.

Thousands of incoming migrants also pose a severe health risk to America during the pandemic. Democrat Representative Henry Cuellar from Texas claims that many of these migrants have not been tested for COVID-19.

“Over 10,000 people have come in through the lower Rio Grande Valley. Those folks are not being tested… I did ask Border Patrol from the very beginning: ‘Are y’all testing?’ They said, ‘no, we’re not testing’… If you’re sending people out there that are not being tested, then in many ways you are being a little negligent,” Cuellar told KTXS12.

A spokesperson for the Texan city of Brownsville, Felipe Romero, recently revealed that the number of infections among migrants released from U.S. custody after tests has almost doubled in recent days.

He said that the city does not have the authority to detain infected migrants who plan on traveling to other parts of the United States.

Previous articleThe Legendary Tale of Houyi and Chang’e, Goddess of the Moon
Next articleWhy Are Dynamic People Drinking Turmeric Coffee?