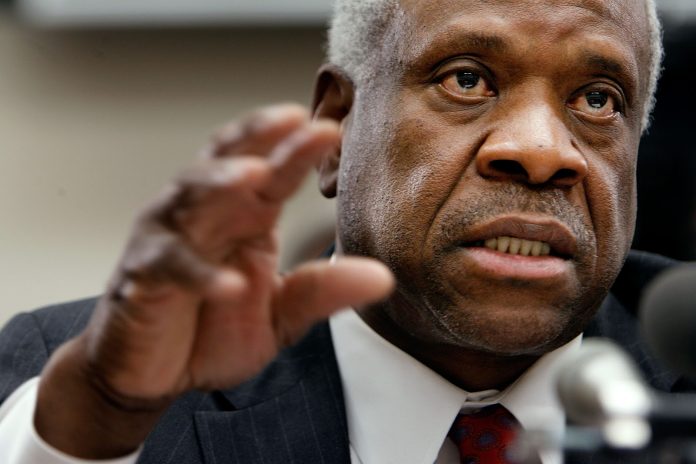 The U.S. Supreme Court ruled 8-1 to protect the First Amendment rights of two Christian students who sued their college over restricting free speech. The two students were from Georgia Gwinnett College; the incident occurred in 2016.

One of the students, Chike Uzuegbunam, was peacefully sharing the gospel on campus when the campus police stopped him. They warned that he could only speak at one of the two “speech zones” in the college. These speech zones were restrictive and only opened for a few hours per week. Anyone interested would have to make a reservation in advance to claim a spot.

After Uzuegbunam gained the necessary permit and started speaking about Christianity, he was stopped again by the campus police. This time they said his speech made many students uncomfortable and attracted complaints. The officers threatened Uzuegbunam with disciplinary action if he continued. Fearful of the consequences, Uzuegbunam kept quiet.

When another student, Joseph Bradford, saw what happened to Uzuegbunam; he also decided against speaking about his religion. Together, they sued the college for violating their First Amendment rights. The college had initially tried to defend their policy, stating that Uzuegbunam’s speech on religion “rose to the level of fighting words.”

However, the college soon dropped its argument and removed its restrictive policies. The lower courts rejected their case as controversial until it arrived at the Supreme Court, which ruled in favor of the two Christian students.

“For purposes of this appeal, it is undisputed that Uzuegbunam experienced a completed violation of his constitutional rights when respondents enforced their speech policies against him… Because ‘every violation [of a right] imports damage,’ … nominal damages can redress Uzuegbunam’s injury even if he cannot or chooses not to quantify that harm in economic terms,” Justice Clarence Thomas, a conservative, wrote in the majority opinion.

Alliance Defending Freedom (ADF), the conservative legal group representing the students, welcomed the court judgment that “weighed in on the side of justice.” Kristen Waggoner, a general counsel with ADF, stated that officials in public institutions should not get a free pass when they violate constitutional rights on campus or anywhere else.

When officials do not face rightful consequences for their actions, it not only leaves the victims without proper recourse but also undermines America’s commitment to protecting constitutional rights.

“We believe this is a significant victory because we see time and time again where government officials will censor speech unconstitutionally, students will muster the courage to stand and say, ‘This is a violation of my constitutional rights,’ and then college officials will quickly change the policy and walk away…”

“The irony, in this case, is that the Georgia officials received a letter years’ earlier from ADF warning them that their policy was unconstitutional, and they did nothing until Chike sued them, and that is consistent with what we see across the country,” Waggoner told reporters.

The Supreme Court decision will make other universities reconsider enforcing unconstitutional free speech restrictions on campus. The near unanimity in the decision from the nine judges who profess varying ideologies might also benefit the court’s future interpretations of constitutional rights.