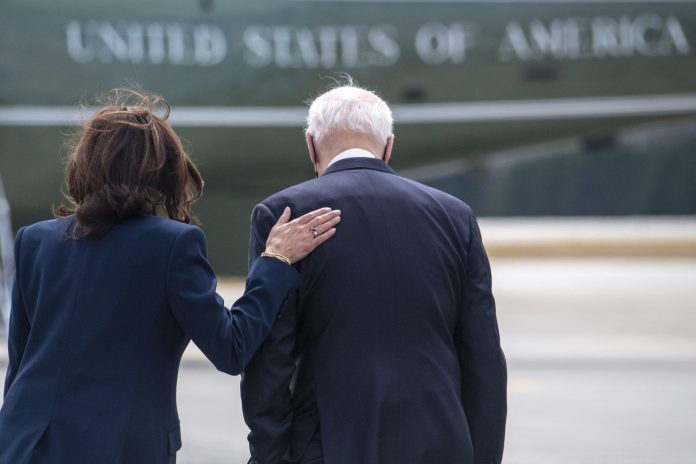 Chris Riggs, the Mayor of Gila Bend, Arizona, has declared a state of emergency after the U.S. Customs and Border Protection (CBP) dropped off 16 migrants at a park in his town. Federal authorities informed him that such drop-offs would continue indefinitely.

The town, which has a population of 2,000, does not have a shelter or hospital. Neither has it received any local, state, or federal funding to aid the migrants or test them for the coronavirus. (Also known as the CCP virus.)

“Border Patrol let us know that they were going to be dropping migrants that had been detained for 72 hours in our town, which we really didn’t understand because we have nothing here… We have no charity organizations that can help, no non-governmental organizations that a lot of the larger cities and towns do have to assist these people,” Riggs told FOX. He said that the cost of testing just two busloads of people per week would cost the town around $600,000 per year.

In addition to the migrants who are dropped off by authorities, the town sees an influx of roughly 20 illegal immigrants on foot every day. Riggs said that the crime rate in the city has also risen.

Arizona desert town “in the middle of nowhere”

The mayor says that his town is in the desert in the “middle of nowhere” and warns that they will be more crime in July and August. Concerned for children walking through the desert, Riggs and his wife loaned out some vans to drive migrants to the Phoenix Welcome Center.

In a statement about Gila Bend, the CBP said that the majority of migrants encountered at the Mexican border were being turned back as per a Centers for Disease Control and Protection (CDC) order that aims to restrict the spread of coronavirus.

The agency emphatically stated that “the border is not open” and that it provides advance notice to local authorities about the migrant drop-off. But Riggs said that he was only informed about the migrants being dropped off at Gila Bend just two and a half hours before they arrived.

Nogales, a border city, located three hours from Gila Bend, has seen the arrival of no migrants. However, Mayor Arturo Garino is worried that asylum seekers might soon visit the city. He said that his city does not have the funds to deal with the situation. Mayors of other border towns are also concerned about the influx of undocumented immigrants.

Riggs’ emergency declaration comes as Biden’s plan to house migrants at hotels in Arizona and Texas has been heavily criticized. The administration has granted $86 million to an NGO for this purpose. The contract aims to provide accommodation for 1,200 migrant families over six months.

The plan will cost $72,000 per migrant, all paid by taxpayers. Democrat Senator Kyrsten Sinema from Arizona and Republican Senator John Cornyn from Texas wrote a letter to President Biden, asking him to resolve the border crisis quickly.

“Your administration should take immediate action in two areas: ensuring there are sufficient resources and facilities at the border to manage the crisis and taking concrete steps to improve the asylum process… We acknowledge and appreciate DHS’s efforts to respond to the ongoing crisis at the border… Our border communities and NGOs are already rising to this challenge. It is important that the federal government do so as well,” the letter states.