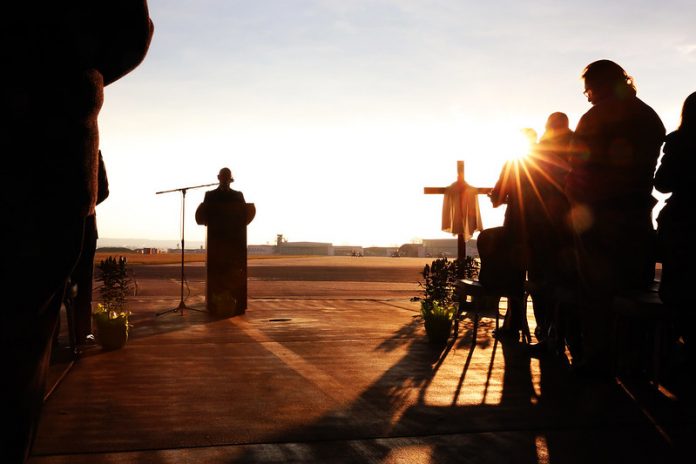 German Chancellor Angela Merkel made a rare gesture recently when she apologized for having proposed a five-day lockdown during the upcoming Easter holidays. She changed her stance just 33 hours after announcing the lockdown. The Chancellor had come under intense criticism for proposing the Easter lockdown which would have forcefully shut down churches during what is one of the most important periods for devout Christians.

Business associations had expressed dismay at the proposal, with the German Automotive Industry Association president warning that the move would force factories to halt activity. Only essential shops like grocery stores would have been allowed to briefly open on Holy Saturday, a decision some feared would lead to crowded gatherings and “super-spreader” events.

“To be absolutely clear, this mistake is solely and alone my mistake as in the end, I am the one who carries the final responsibility… I deeply regret this and ask all citizens for forgiveness,” Dr. Merkel said in a statement.

In withdrawing from the proposed Easter lockdown, Germany continues to remain under less stringent restrictions that have been extended to remain in effect until April 18. The country is also considering imposing travel restrictions to foreign destinations.

Merkel’s apology comes as her party, the Christian Democratic Union (CDU), is taking the brunt of public anger due to the government’s inability to contain the pandemic. A polling average calculated by Bloomberg showed that CDU’s lead over the second-placed Greens was just 8 percent. Some party members fear that they might lose power in the upcoming September general election. Members of the opposition had called for a confidence vote, which Merkel refused.

With the prospect of an Easter lockdown now gone, some are asking what steps the German government plans to take to stem the threat of the third wave of the coronavirus pandemic. There doesn’t seem to be any clear-cut plan in this regard. Germany is now logging in 20,000 new cases of the disease per day.

The third wave will likely turn out to be more difficult to curb, mostly due to the fact that it is driven by the more infectious UK variant. Health Minister Jens Spahn admitted that the infection numbers are rising so  fast that it risks pushing the country’s health system to a breaking point before the end of April.

According to a warning from Lothar Wieler, head of Germany’s Robert Koch Institute for infectious diseases (RKI), the third wave of infections could be worse than the first two waves. If sufficient preventive measures are not taken, Wieler says the daily number of new infections could surge to 100,000 cases per day, at which time the country will likely find it impossible to properly look after the patients.

Germany’s vaccination drive also faces challenges. While the UK has administered vaccines to 48 out of 100 people, the number in Germany stands at 15 per 100. One factor is said to be a lack of supply of vaccines.

Dr. Joachim Wunderlich, a cardiologist who has helped staff a Berlin vaccination center, points out that another major problem is the bureaucratic process and paperwork involved in getting vaccinated, which he terms, “insane” and “unbelievable.”

“You can’t expect an over-80-year-old to fill out 10 pages and numerous consent forms and ask them to call a hotline to make an appointment… And then they risk being turned away because they forgot some forms at home… I know my patients, I know their worries and their pre-existing conditions.”

“I don’t want them to call a hotline if they could just call their GP and be able to get the jab in my practice… The pandemic is daunting enough, bureaucracy and data protection laws shouldn’t make it even worse,” Wunderlich told CBS.