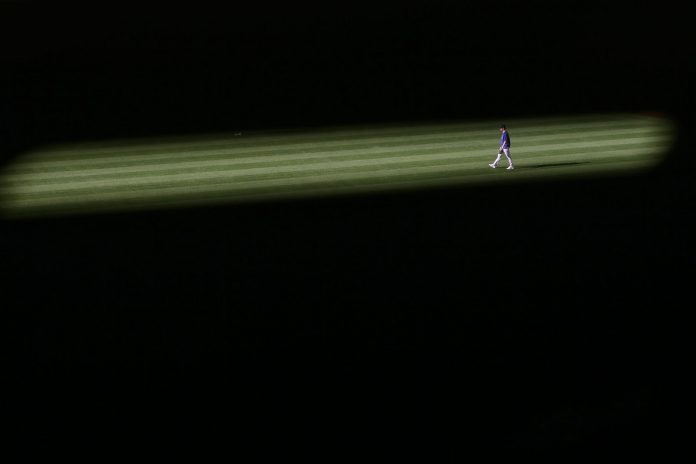 Major League Baseball (MLB) recently announced moving the annual All-Star Game and player draft away from Atlanta due to Georgia’s new election rules. Far-leftists claim the election reform is discriminatory, even though the new election rules are no more strict than Colorado, where the game will be played. Republicans have repeatedly stated that the new rules will only strengthen votes’ integrity and limit potential fraud. In a statement, MLB Commissioner Robert Manfred said that the decision to shift the game would “demonstrate our values as a sport.”

However, MLB signed a streaming deal with Chinese tech firm Tencent, a company with close ties with the Chinese Communist Party (CCP). Tencent previously dropped NBA games after the former Houston Rockets general manager spoke in support of Hong Kong pro-democracy protests. MLB moved the All-Star game from Georgia just a day after announcing the Chinese deal. The new deal gives CCP-linked Tencent the right to stream the games in some Asian nations until 2023.

In 2018, the MLB and Tencent signed an agreement giving Tencent streaming rights for 125 games in communist China. Since the CCP has a history of suppressing dissent and committing atrocities against its people, the MLB deal with Tencent raises serious ethical issues. Essentially, the MLB is happier doing business with a communist regime that commits genocide than partnering with Georgia, a state trying to strengthen its democratic process.

Republican Senator Marco Rubio accused the MLB of caving in to pressure of the left’s cancel culture. He also highlighted the hypocrisy of signing a deal with a company deeply tied to the “genocidal Communist Party of China.” He is also dissatisfied that people listen to “woke corporate hypocrites” about antitrust, taxes, and regulations.

“An overwhelming bipartisan majority of Americans support requiring an ID to vote, and any organization that abuses its power to oppose secure elections deserves increased scrutiny under the law,” he said in a series of tweets.

“I talked to several current players and staff today….. & they are pissed! @MLB sold out to the corporate elites (without consulting with players) threatening millions in sponsorship dollars unless they moved the all-star game from Atlanta,” Aubrey Huff said in a tweet.

The Braves, Atlanta’s home team, expressed disappointment at the new development. The team said that Georgia’s employees, fans, and businesses are the victims of the MLB’s decision.

According to one estimate, the city of Atlanta will lose tens of millions of dollars due to MLB’s decision to move the All-Star game and draft. The negative financial impact will mostly have to be shouldered by predominantly black-owned businesses, the very group that Democrats and leftists claim will be harmed by the state’s new voting rules.

Automakers around the world are feeling the harmful effects of a semiconductor computer chip shortage that began last year when the pandemic caused the...
Read more
China

The leading producer of electric vehicles has found itself in a suspicious storm of criticism in China after a Tesla owner made a widely...
Read more