The Forbidden City Palace Museum in Beijing, together with the National Palace Museum in Taipei, will normally receive more than 20 million visitors in a given year. But few of them will be aware of the extraordinary story behind some of the treasures they have seen and the odyssey that has taken those artifacts on a journey of thousands of miles.

After the September 18 Mukden incident, an event staged by the Japanese military personnel as a pretext for the Japanese invasion in 1931, the Nationalist Government began to worry about the safety of the national treasures in the Forbidden City Museum. Yi Peiji, the director of the Museum, advocated for the relocation of the cultural relics to the south but was met with opposition by his secretary and others. The dispute over the disposition of the national treasures also caused a tumult of public opinion. Every day, people gathered outside the Forbidden City to inquire if the cultural relics had been moved out of the city, which was considered a barometer for political instability. 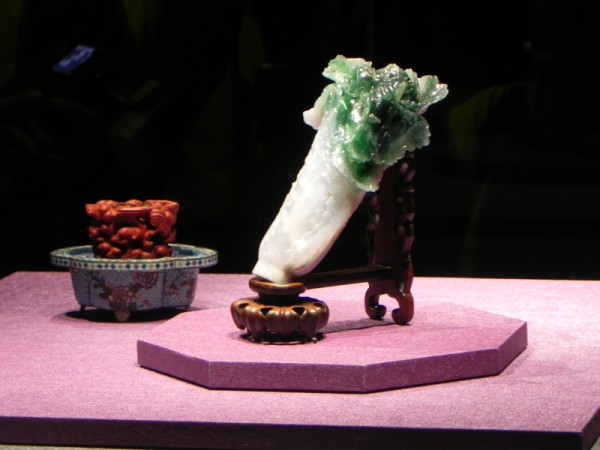 In January 1933, the Japanese army broke through Shanhaiguan, the eastern end of the Great Wall of China. Acting Chief Executive Song Ziwen ordered the evacuation of the cultural artifacts to prevent them from falling into the hands of the Japanese. Song Ziwen promised the public that, when Beijing is safe, the cultural relics would return.

China’s national treasures were evacuated on the night of February 5, 1933. A large convoy of trucks carrying almost 19,600 sealed crates of national treasures, escorted by armed military personnel all dressed in black, were evacuated out of the Forbidden City to awaiting trains. The next day, two trains loaded with the cultural artifacts set out for Nanjing. The relocation included complete sets of ancient books and scrolls, calligraphy, porcelain, statues, and priceless artworks. 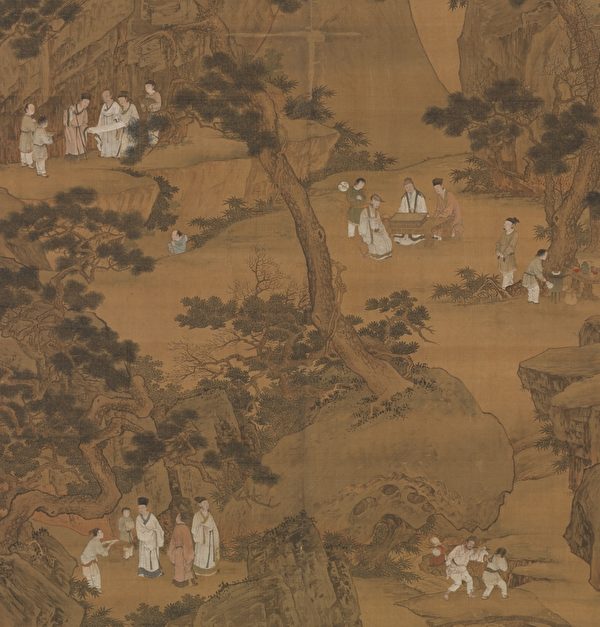 The Xiyuan Collections of the Ming Dynasty (partial), depicting Xiangshan Jiulong, Bai Juyi, other friends over the age of seventy returning to Xiangshan in their old age. It is now housed in the Taipei Palace Museum. (Image: Public Domain)

The relocation of cultural relics was highly classified. On the one hand, it had to stay out of the public eye and on the other hand, it had to be hidden from Japanese attack. The highest level of security precautions was installed to prevent robbery during transit. Machine guns were mounted on top of the carriages, which were guarded by armed soldiers inside the train. All lights were turned off when passing by critical checkpoints; the train traveled non-stop except for refueling and was escorted by local troops all along the route.

Most worrying was the stretch around the city of Xuzhou, in Jiangsu Province, where about 1,000 bandits had gathered. They were discovered by soldiers. On learning that their plan had been uncovered, they withdrew. The trains had to make a detour of one day and didn’t reach Nanjing until the fourth day. 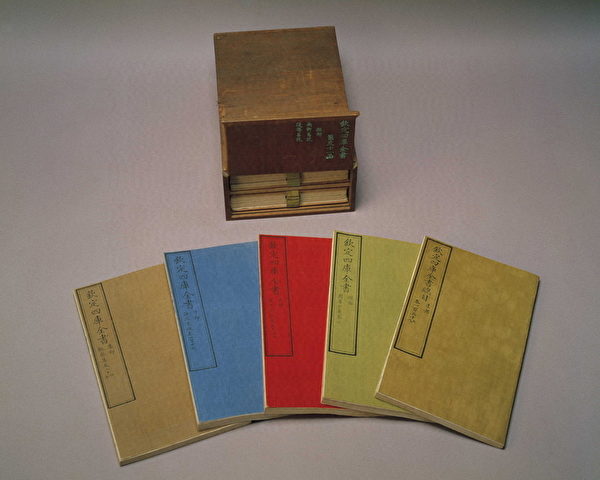 From Nanjing, the pieces were moved to Shanghai for safekeeping and stored in a Catholic church in the French Concession. The government later built a modern museum in Nanjing, the new capital, in which to store them.

After the all-out war began, in 1937, the museum directors decided to move the pieces again out of the reach of enemy bombers. There were three major routes to the southwest provinces of Guizhou and Sichuan. Over the next eight years, museum crates were stored in temples, caves, tunnels, private homes, and other safe places. In 1948 and 49, fearing the theft and destruction of the artifacts by Mao Zedong’s communists, President Chiang Kai-shek shipped 2,972 crates to Taiwan, where he built the National Palace Museum in 1965.

While mainland China was savaged by the manmade Great Famine under the Chinese communist regime, a portion of China’s national treasures relocated to Taiwan by Chiang Kai-shek was being exhibited in the United States.

The exhibition traveled to Washington, D.C. and four other cities in the U.S., attracting a total of 470,000 visitors. A month later, China’s ancient and splendid porcelain appeared on the cover of Time magazine, which noted that “the center of oriental culture does not originate from Japan but from China.” 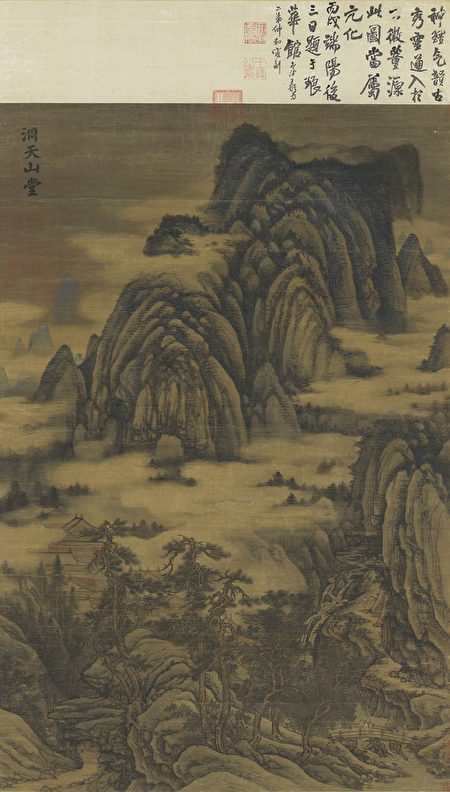 Another close shave came on August 19, 1966, the day after Mao Zedong and Lin Biao addressed tens of thousands of Red Guards in Tiananmen Square, calling for the destruction of the “four olds” — old customs, old culture, old habits, and old ideas. Overlooking the square, the museum was the most conspicuous example.

Fearful of what might happen, then prime minister Zhou Enlai that night ordered the gates of the Forbidden City Palace Museum to be closed and soldiers to be stationed outside. The next morning, screaming Red Guards demanded entry, but the gates were kept shut until 1971 when it allowed a visit by United States national security adviser Henry Kissinger, who was preparing for President Richard Nixon’s historic 1972 trip to China.

Translated by Chua BC and edited by Angela