Home China Travel to China Made Easy if You Have Received a Chinese Made...
China 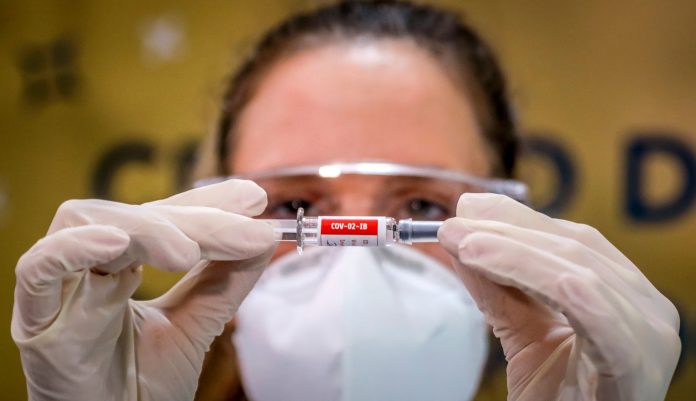 Communist China will ease entry restrictions for individuals who have been inoculated with vaccines made by Chinese companies, simplifying the paperwork significantly.

Embassies of the People’s Republic of China (PRC) issued notices on Monday explaining how people vaccinated with Chinese vaccines can apply for visas to enter China, whose international borders have been closed for most travel for about a year due to the pandemic.

Chong Ja Ian, an associate professor of political science at the National University of Singapore, said that “vaccine nationalism is a possibility that cannot be ruled out given the absence of further explanation” in an email to CNBC.

Chinese vaccines have met with skepticism due to a lack of transparency for clinical trials, especially when compared to Western vaccine companies.

Brazil is one country that has been using Chinese Sinovac and Coronavac. At first, Brazilian officials announced that Sinovac was tested on 12,000 Brazilians and was 78 percent effective. They later clarified that the Sinovac vaccine is only 50.4 percent effective, which barely meets the World Health Organization’s (WHO) minimum standard of effectiveness.

Likewise, with Coronavac, Brazilian officials first said it was 100 percent effective in protecting against deaths and hospitalizations. They then revised it to be 78 percent effective in preventing severe infections, and finally, after pressure for transparency, admitted the actual figure of just 50.4 percent, after including patients who were infected and experiencing “very mild” COVID-19 to the list of those for whom the vaccine was considered effective.

“To realistically achieve herd immunity, we would need to vaccinate pretty much everyone,” said Pedro Hallal, an epidemiologist at the Federal University of Pelotas. “If you have a vaccine with 50 percent efficacy, you need full coverage to stop the virus from circulating. There is no margin for error.”

According to CNBC, China has developed five different vaccines, and 34 countries have approved at least one Chinese vaccine, which can be compared to Pfizer-BioNTech, approved in 72 countries, or the Oxford-AstraZeneca vaccine approved in 74 countries.

Adding to the controversy, the U.S., India, Japan, and Australia have recently announced plans to make vaccines more available to other countries, promising to help finance the production of up to a billion doses of coronavirus vaccine by the end of 2022.

The Global Times continued: “mainstream US and British media are taking the lead in putting geopolitical labels on vaccines. They are meddling in political stances with the scientific attitude toward vaccines, using their propaganda to promote Pfizer vaccines and smearing Chinese vaccines.”

Reuters recently estimated that China is aiming to vaccinate at least half a billion people within the next four months in dozens of countries, from Africa to Latin America.

China has also recently struck a deal with the Olympic committee to provide vaccines to athletes participating in the next two upcoming Olympics in Tokyo in July and Winter Olympics in Beijing next year. The move comes amidst a call to boycott the Beijing games next year due to the U.S., Canada, and Britain condemning the treatment of Uyghurs in Xinjiang as genocide.