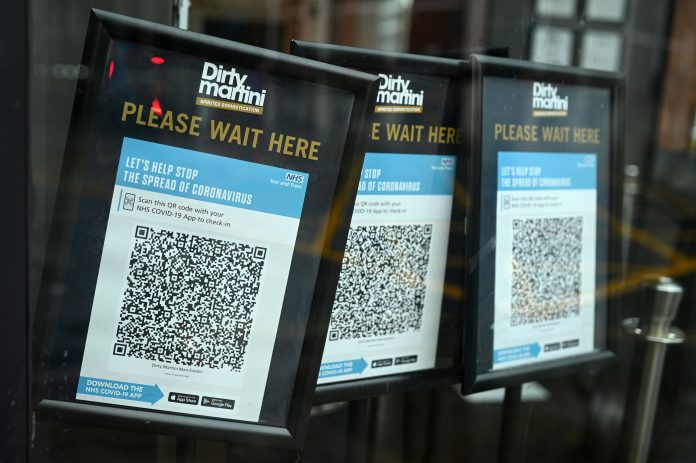 The Vaccination Credential Initiative (VCI) emerged on Thursday touting itself as a “coalition of public and private partners committed to empowering individuals with digital access to their vaccination records based on open, interoperable standards.”

The Initiative is backed by companies like Microsoft, the Mayo Clinic, Salesforce, Oracle, and The Commons Project. The intent is to use the SMART Health Cards specification to have citizens present proof of vaccination via either a digital wallet or a printable QR code format in order to “safely enable people to return to work, school, events, and travel.”

In the SMART Health Cards framework, “Issuers” will generate a certificate distributed to citizens in their digital “Health Wallet” app, which they will then be able to present to a “Verifier” when required.

As for who the issuers will be and how they will be determined, the Framework describes the pilot project as a “willing set of issuers” with “define[d] expectations/requirements,” while in a live setting, “…a network of participants would define and agree to a formal Trust Framework.”

In an example scenario provided on the webpage, a participant would use their Health Wallet to scan a QR code when checking in to an issuer. The code would register their identity via their app to the test they are about to take or the vaccine they are about to receive. Following the procedure, the results would be electronically assigned to their Health Wallet, allowing them to pass scrutiny from Verifiers.

Oracle’s Executive Vice President Mike Sicilia said in a VCI Press Release that the process “needs to be as easy as online banking.” Bill Patterson, Client Relation Management SAAS provider Salesforce’s Executive Vice President, implies that these initiatives will take root in the workplace and corporate sales world. He claims Salesforce will “help organizations easily and safely customize all aspects of the vaccination management lifecycle and integrate closely with other coalition members’ offerings, which will help us all get back to public life.”

The article added that although the Party claimed at the time to have the CCP Virus under control in China, with lockdowns and other measures mostly lifted, ‘the small square barcodes have remained in place and are still ruling people’s lives.’

April, 2020 CNN Article Titled “China is Fighting the Coronavirus With a Digital QR Code. Here’s how it Works“

The VCI is using work from The Commons Project’s international CommonHealth and CommonPass systems, according to Breitbart. The Project is working with The Rockefeller Foundation in partnership with the World Economic Forum (WEF).

In November, the Commons Project and the WEF announced the Airport Council International would join the CommonTrust Network. Airlines included in the move were JetBlue, Lufthansa, Swiss International Airlines, United Airlines, and Virgin Atlantic.

Christoph Wolff, Head of Mobility at the WEF, said; “As the Forum, we are committed to bringing our health, supply chain, aviation, and maritime sectors together to ensure the success of this global common utility… The CommonTrust Network is the kind of concrete, swift, cross-sector collaboration needed to enable a unified action to restore confidence in travel. Siloed efforts will only create more confusion and hinder the industry’s recovery.”

CommonPass and the CommonTrust Network are both formally recognized on the WEF’s website. The initiative relies on a “CommonTrust Registry,” which is described as “enabled by a global registry of trusted laboratory and vaccination data sources, standard formats for lab results and vaccination records, and standard tools to make those results and records digitally accessible.”

The Registry is composed of two parts, “DataSources,” which formally cites Apple Health for iOS and CommonHealth for Android, as well as “other digital wallet apps” such as SMART Health Cards, and “Destination Rules” described as: “Participating countries, jurisdictions and other destinations (airlines, ships, public transport, hotels, venues, events, offices, schools…) [who] agree to publish and maintain their health entry requirements using a standard machine-readable format in the CommonTrust Registry.”

This type of monitoring system is already in place in Communist China.

In April of 2020, CNN covered a story titled China is fighting the coronavirus with a digital QR code. Here’s how it works. In the report, the AT&T-owned broadcasting giant posited: “Imagine your daily routine being entirely dependent on a smartphone app. Leaving your home, taking the subway, going to work, entering cafes, restaurants, and shopping malls — each move, dictated by the color shown on your screen. Green: you’re free to proceed. Amber or Red: you’re barred from entry.”

“Relying on mobile technology and big data, the Chinese government has used a color-based ‘health code’ system to control people’s movements and curb the spread of the coronavirus,” stating that “in many cities, citizens without the app wouldn’t be able to leave their residential compounds or enter most public places.”

The article added that although the Party claimed at the time to have the CCP virus under control in China, with lockdowns and other measures mostly lifted, “the small square barcodes have remained in place and are still ruling people’s lives.”