Virtue Is the Best Feng Shui 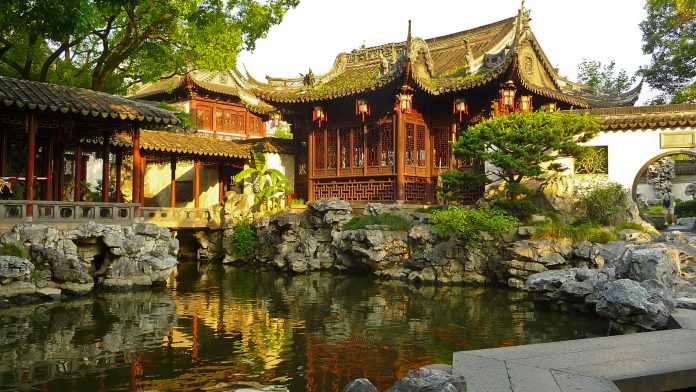 Feng shui, literally “wind and water,” is an ancient Chinese philosophical system, sometimes translated as geomancy. It focuses on orienting buildings, furniture, plants, and other objects in an auspicious and harmonious manner to ensure the best fortune for the practitioner or his clients.

However, there is no feng shui that is complete without virtue and morality.

As one story goes, in ancient China there was a kindhearted man who wanted to build a house, and consulted a feng shui master to examine the site. On the way, the man saw birds flying above the selected parcel of land. He said to the feng shui master: “Let’s come back later. It looks like there are children picking peaches from the trees. We might startle them and it would be bad if they fell off the tree.”

The master replied: “There is no need to examine the site. Your good heart is the best feng shui. No matter where you build your house, all will be smooth and prosperous in the future.”

A good heart is connected to the good fortune of feng shui. People who do good deeds and accumulate virtue will be favored by the divine. “Good deeds bring a hundred blessings, evil action causes a hundred calamities,” as the saying goes.

Donating a valuable feng shui site to construct a school

Fan Zhongyan, a famous official and writer in the Northern Song Dynasty, wrote the famous lines “Do not get excited by things; do not feel sorry for oneself” and “Worry about the world before others, and only be content when everyone is happy.” From a young age, he aspired to be a man to benefit the people, whether as a conscientious government official or as a good doctor. As an honorable official and a devout Buddhist, Fan valued education and loved the people like his own family.

Once, Fan Zhongyan bought a house and was told by a feng shui practitioner that the site had excellent feng shui. If he lived here, his children and grandchildren would have a great future and enjoy boundless wealth and prosperity. After hearing this, Fan donated the house and turned it into a school, where children could come to study. He said: “Wouldn’t it be better for the people’s children and grandchildren to have a prosperous future than for me to enjoy happiness alone?”

Later, Fan had four talented sons who were all successful officials. Fan’s descendants enjoyed prosperity for 800 years because of his virtue and blessings, and because his descendants practiced Fan’s family values of “worrying about the world first and enjoying the world second.”

The ancients valued righteousness over personal gains and offered help to others in times of trouble. When treating everything with kindness, good fortune will follow and misfortune will go with it. That is to say, what’s inside manifests outside, and the circumstances change with the mind.

Pei Du was a famous statesman of the Tang Dynasty. When he was young, he met a monk who, after reading his face, said he was destined to become a beggar starving in the street. A month later, Pei Du met this monk again. The monk looked at him with clear eyes and said he would be a prime minister in the future.

Pei Du was very confused: “A month ago, you said I would starve to death in the street. Now you say I will be a prime minister. Why?” The senior monk replied: “After I concluded that you would starve to death, you did a good deed, which not only removed the bad luck, but your fate also took a turn.”

It turned out that one day Pei Du found a valuable jade belt. He waited for the owner in the same place for a day and a night. Others all said: “You have waited so long, and are indeed doing a good thing. But you are poor. Why don’t you keep this jade belt for yourself!” However, Pei Du insisted on waiting for the owner in the same place. Later, the owner finally came. The owner wanted to thank him with money, but he politely refused.

It was this incident that brought Pei Du virtue. Later, he did become the prime minister.

To embrace virtue is the root of all blessings and good fortune. While feng shui helps put the material world in harmonious order, the only way for a person to live a long, prosperous, peaceful, and good life is to do good deeds and accumulate virtue.